Feeder manufacturers are always looking for new methods to increase the potential of vibratory feeders beyond their current use. Most people who have worked with vibratory feeders understand its basic function and process. Once the parts are oriented, they are fed onto a conveyor line.

The line moves the parts are forward to complete the assembly of a product. However, manufacturers have realized that the feeder can also be used to assemble small parts. This can save a lot of time, while ensuring that the best quality parts are used in the assembly process.

So how can a vibratory feeder be used to assemble parts? Let us take the example of screws and washers.

Both methods result in a lot of expenditure in terms of labor, equipment, and most importantly, time. Vibratory feeders can be used to eliminate these hindrances. The feeder can be designed to combine two separate parts and feed the assembled product onto the manufacturing line.

How can it be Accomplished?

This idea is possible, and can be accomplished with the integration of a Poka-yoke mechanism. Poka-yoke is a mechanism used to prevent errors in lean manufacturing processes. In the case of vibratory feeders, it refers to jigs within the feeder. This concept is further elaborated with the points given below.

Benefits of Using the Poka-yoke Mechanism with Vibratory Feeders

So what are the benefits that come with using a Poka-yoke mechanism with a vibratory feeder? The following points answer these questions.

Ideas such as this can help vibratory feeder manufacturers to push the boundaries of their bowl feeder designs and functions. Ultimately, this will help increase the use and popularity of vibratory bowl feeders, as well as increase sales. 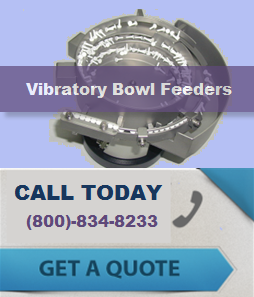